By AdminMika September 10, 2018 Uncategorized
No Comments 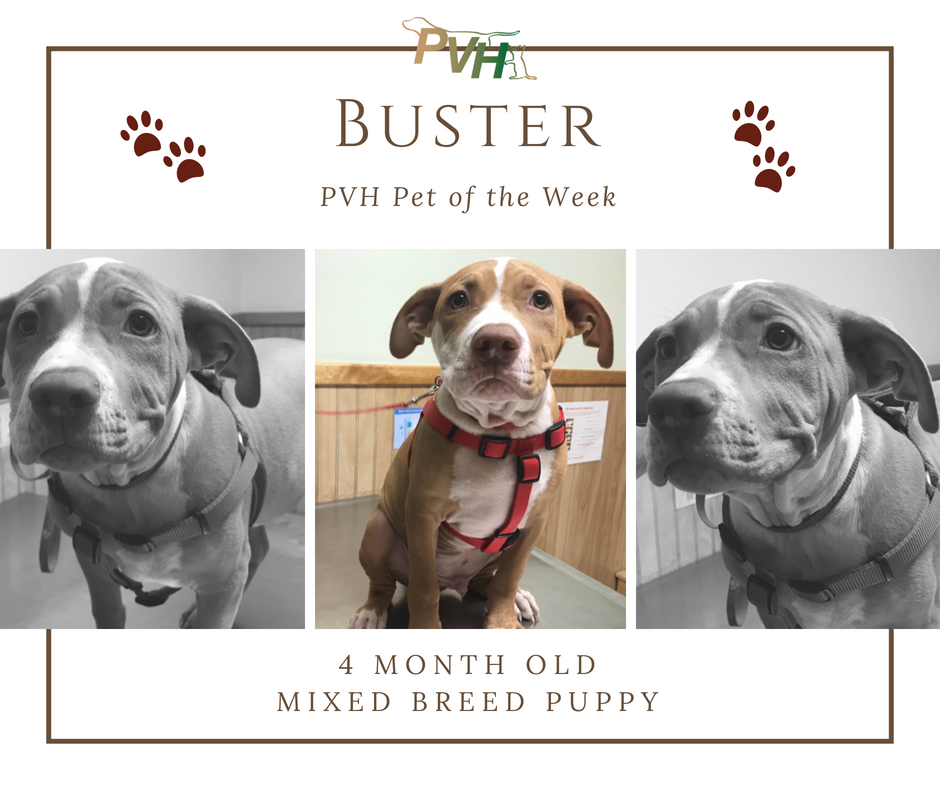 The PVH Team would like to introduce you to Buster! Buster is a 4-month-old mixed breed puppy that we chose as this week’s Pet of the Week! Buster enjoys wrestling with his big brother & eating his dog treats. He really likes to play with his favorite Yogi-Bear toy too! Buster’s best trick that he likes to perform is sitting. We really enjoy seeing Buster when he comes in to visit for his puppy shots!