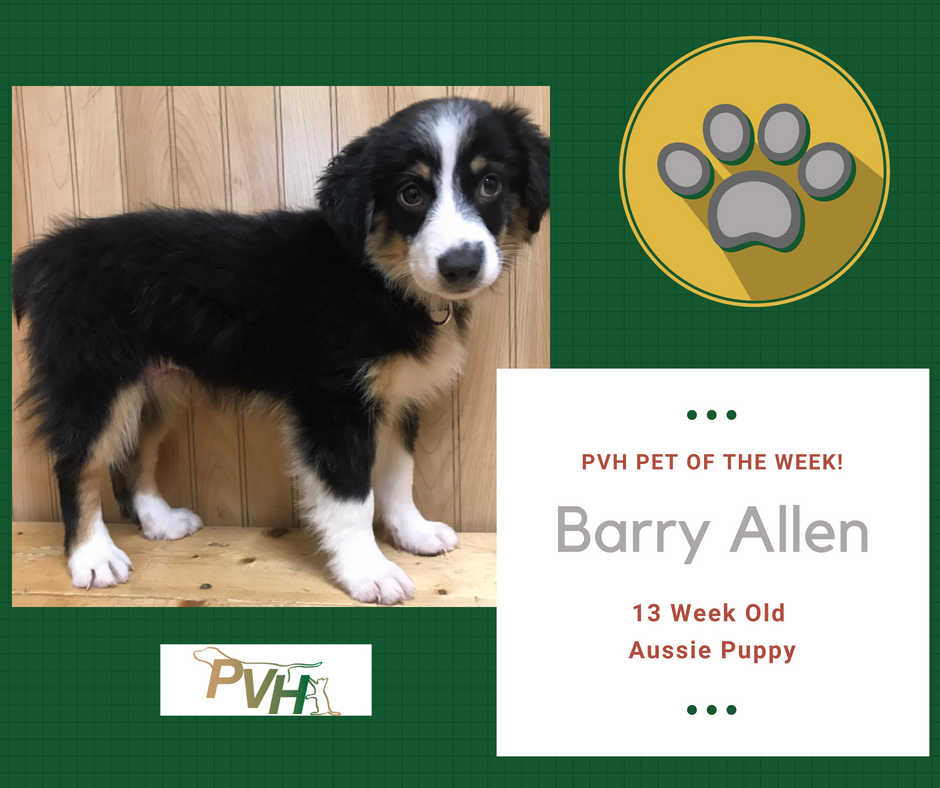 We would like to introduce you to this week’s Pet of the Week – Barry Allen! Barry is a 13-Week-Old Aussie puppy that was named after the Flash. His brother, Oliver, is also named after the Green Arrow! Barry enjoys playing tug of war with his brother. He also enjoys eating peanut butter and is the cutest when he pouts. We love seeing Barry when he comes in and look forward to seeing him for the rest of his puppy shots! ?

This site uses Akismet to reduce spam. Learn how your comment data is processed.